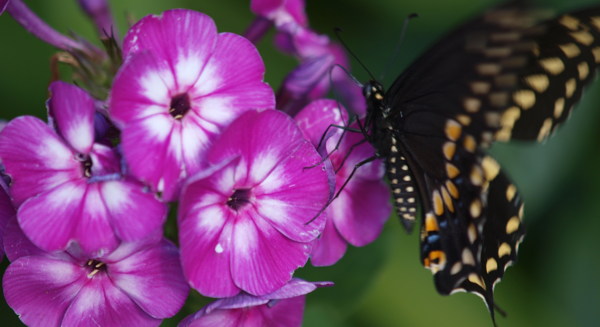 We are still in the formative stages of our minyan and will be discussing our approach to services as we go forward. The following excerpts from Wikipedia explain the concept fairly clearly and will provide the basis for our minyan.

An independent minyan is a lay-led Jewish worship and study community that has developed independently of established denominational and synagogue structures within the organized Jewish community. These new groups often combine a commitment to halakha/Jewish law with egalitarianism, and strive to create worship services where traditional prayer can become "spiritual experiences."

For some who take a longer view, the independent minyanim seem reminiscent of the Havurah movement of the 1970s, when numbers of young North American Jews rejected the suburban synagogues of their parents in favor of small-group gatherings for study, prayer, and community. Commenting on the parallels between then and now, the scholar Riv-Ellen Prell has also underscored the differences. One salient difference is today's higher level of Jewish and Hebrew fluency, itself a testament to the organized community's investment in intensive Jewish education over the past two decades. The historical moment is also different; members of today's independent minyanim are not counter-cultural types in rebellion against their parents or committed to smashing existing institutions but a generation that is at once self-sufficient and open to compromise. In the present moment, pluralism is valued over purity.

Many independent minyanim seek approaches within traditional Jewish law as foundation for egalitarianism, and an expanded role of women both in the worship service and in the leadership structure. Jerusalem's Kehilat Shira Hadasha is credited as being the first Jewish congregation to implement an opinion by Modern Orthodox Rabbi Mendel Shapiro, whose "Qeri’at ha-Torah by Women: A Halakhic Analysis", cites and explains some precedents for allowing women to read from the Torah. (Some minyanim, like the Leader Minyan, also in Jerusalem, had a similar practice since the 1990s, before Rabbi Shapiro's opinion was released.)

Another Modern Orthodox rabbi whose writings are frequently cited by minyanim like Shira Hadasha is Daniel Sperber. Like Shapiro, Sperber argues in "Congregational Dignity and Human Dignity: Women and Public Torah Reading" that many past opinions recognized that there was religious legal support for the increased participation of women, but that this participation was not allowed because it was considered in societal/sociologial terms to be an "affront to the congregation" (Hebrew: kevod ha-tsibur). Based on changes in society—at least within the context of the communities that make up some specific minyanim—rabbis like Shapiro and Sperber support such participation as no longer being an affront to the participants. Furthermore, Sperber argues that human dignity (Hebrew: kevod ha beriyot) should be recognized as the value that should drive changes in the participation of women in services.

While the positions of rabbis like Shapiro and Sperber have been criticized by some others, Shapiro responds that, "Among Jews there have been disputes throughout all the generations." Shapiro, who himself prays at Shira Hadasha, adds, "This is a synagogue where the congregants are people who are interested in religious development. We don't want to harm anyone, and we don't want others to harm us."

In addition to its early use of opinions like those of Shapiro and Sperber, Shira Hadasha is also generally recognized as the first independent minyan to come up with the hybrid of tradition and egalitarianism that adds to the prayer quorum requirement of ten men the additional requirement of ten women. Today, many other independent minyanim follow this approach as well. For example, the Australian congregation Shira Melbourne notes on its website that it is "modeled on the Shira Hadasha community in Jerusalem." One Los Angeles minyan, which also notes that it is "modeled after Shira Hadasha in Jerusalem", takes its name from this practice, calling itself the "Ten and Ten Minyan." Some other minyanim, like Migdal Or, admit that they "struggle" with the concept, but sometimes find it impractical to implement.

Every journey begins with a first step. Join us as we begin our journey!